Excuses Begone, by Wayne Dyer as Seen by a Former Self-help Skeptic 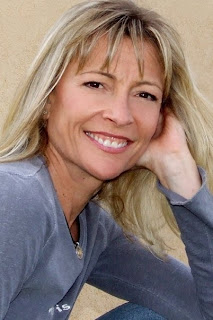 Laura Carbonell was a skeptic regarding self-help books and inspirational speakers. The 44-year old Spanish teacher in SF, CA recently attended a seminar by Wayne Dyer, and says that experience completely changed her outlook. Laura happens to be a fighter and has overcome incredible odds in her life. One of her great accomplishments is that she has stayed clean and sober for 16 years.
I have profound admiration for her and I´m lucky that apart from being an inspiration to me, she is also my sister.
Laura read her first self-help book - You Can Heal Your Life, by Louise Hay - when she was 28 and had just quit drinking.
“It helped me get back on my feet”, she says.
Then our father gave her Your Erroneous Zones, by Wayne Dyer which she also read.
“I felt I had had enough of self-help books. I felt most authors were full of it, but Wayne Dyer´s books spoke to me and felt honest and true. Reading him was like talking to a friend. I got more from his books than from years in therapy”.
Unbeknownst to me, my sister was depressed this past December. For the record, we spent Christmas together and I didn´t realize how bad she felt.
“I thought of seeing a shrink and took a test on my medical insurance website; not that I needed to make sure I was depressed”, she told me.
“Around that time, I found a deal in a book store on Wayne Dyer's latest audio book and I felt relieved listening to him and more at peace. Then I became fan of Wayne Dyer on Facebook and saw that he was coming to SF”.
My sister is not one to attend this kind of function and she asked several people what we thought of it, and I believe we all told her she should go!
“Never in my life would I have considered going to listen to a self-help guru. And I mean never! Plus, it wasn't cheap. Not that I think it wasn't worth it. Hey, I thought: ‘it's way cheaper than therapy!’ Also, I must add I would usually not consider going alone!” 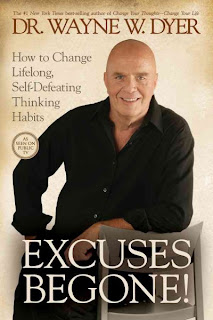 She did go alone, however, and I was excited when she sent me pictures and live updates of the seminar as she sat through it. That was when I asked her if I could interview her for my blog.
“During the seminar I was very excited, moved to tears and I am a bit embarrassed to admit it! I also felt totally at ease because that is what he does: make everyone feel calm. However, when I walked out I felt a bit sad and cranky. I had been so excited and had enjoyed it all so much that I was a bit down... Like a kid having left the best party! I wanted to feel the way he describes he feels – at peace”.
Funny how someone’s perception can change so much and I believe it happened because my sister had changed herself – she is more evolved than ever before. She does admit to being a Dyer groupie, in the sense that no other inspirational writer has touched her as Dyer has.
“I love his CD collection "The essence of being in Balance" (I think it's this one)" and "Excuses Begone". Actually, I recommend any of his books. Lately he is more spiritual, and that's fine, although I kind of cringe at the mention of the word ‘God’ but somehow, with him, I get over it”.
What inspirational speaker or author has touched your life?