The Power of Intention 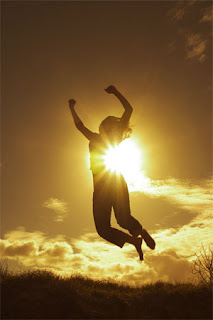 Yesterday I was running at the beach, something I have been doing regularly since I was 12-years old. Running is my form of meditation. I was overcome by thoughts of the different times in my life when clarity of intention, visualization and then (most important), action propelled me towards my goals:
- When I was 26 and wanted to lose weight and wrote daily affirmations about it, and have been the same size ever since with the exception of my two pregnancies.
- When I wanted to write and publish my first book when I was 29, and made a mock cover and pasted it on the wall in front of my stationary bicycle. I wrote the book in less than a three weeks and it was published a few months later. Still my best-selling title, by the way.
- When I wanted to have kids and at 36 was having a hard time conceiving. I meditated and visualized and also took care of myself. When doctors were about to start hormonal treatments, I became pregnant with my first child. My second one, at 40, came a lot faster!
- When I became clear, at 46, as to what qualities I wanted in a life-time partner. A few weeks later, I met the person who embodies every single one of those qualities and I am not questioning how or why this happened. Eerie, though!
Seeing this has worked in the past, I am headed towards clarity of purpose in my profession as an author and speaker, and things are already starting to happen. What a wonderful feeling.
Intention + mechanism = results

My kid sets me straight! 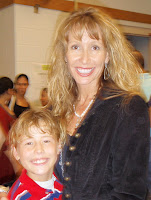 When I was 8 years old, I was the shy, quiet, studious child of divorced parents. Now I am the mother of an 8-year old who is an outgoing, confident, studious child of divorced parents. More on my 5-year old in another blog post.
I work from home, and on the wall in front of my laptop, I have my mid-term, weekly and long-term projects listed. On another paper taped to the wall, I have my goals for 2010.
My 8-year old was doing her homework at my desk a couple of days ago, and after she finished and trotted off to take her nightly bath, I sat down to write something in my planner. I looked up at my goals, and found that my daughter had penciled some words on my visual reminders. On one of them, she finished off the title "Weekly Focus On ..." with the word "kids". Under "Long Term Projects" she added the bullet point "Being a Mommy". And under my "Goals for 2010" she wrote "Never ever give up! I love you!" and "Earn a Million Bucks!".
My first feeling was that my projects and goals lists didn´t look so pretty anymore ... but then I realized that my daughter had actually improved my lists! She certainly knows what is important! Thank you, dear Mini-me, and thank goodness, a much improved version thereof!
I don´t know about earning a million bucks though ...
BUT I have a feeling she may know something I am not yet aware of!

http://www.lorrainecladish.com/
Posted by Lorraine C. Ladish at 12:46 PM No comments: 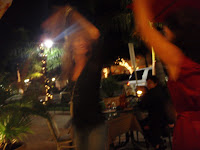 Youth often fosters rashness. We are in a hurry to do so many things ... We can´t wait to be a year older, we can´t wait for Christmas, then we can´t wait for summer, we can´t wait to be 16 to drive, 21 to drink, we can´t wait to get married and have kids, then we can´t wait to be divorced .. and on it goes.
At a certain point in life you look back and realize there is really no hurry. In my 40´s I´m realizing that life does not wait, so I no longer have that "can´t wait" feeling. In fact, I want to slam on the brakes!
Some things can and should wait, in the sense that hurrying them along does not make them better. Everything is the way it should be.
Regrets, I have a few ... but I do my best to overcome them and learn and move, always move ... like a shark. If a shark stops, it dies. Life is a long-distance run, it is a dance, it is a performance. It is never, ever a rehearsal. Every word counts, every action, every mistake and every milestone. The only time we ever have is now. Make the best of it. I do. Ok, now let´s move on ... I have books to write, children to raise, people to love ...

http://www.lorrainecladish.com/
Posted by Lorraine C. Ladish at 7:53 PM No comments: